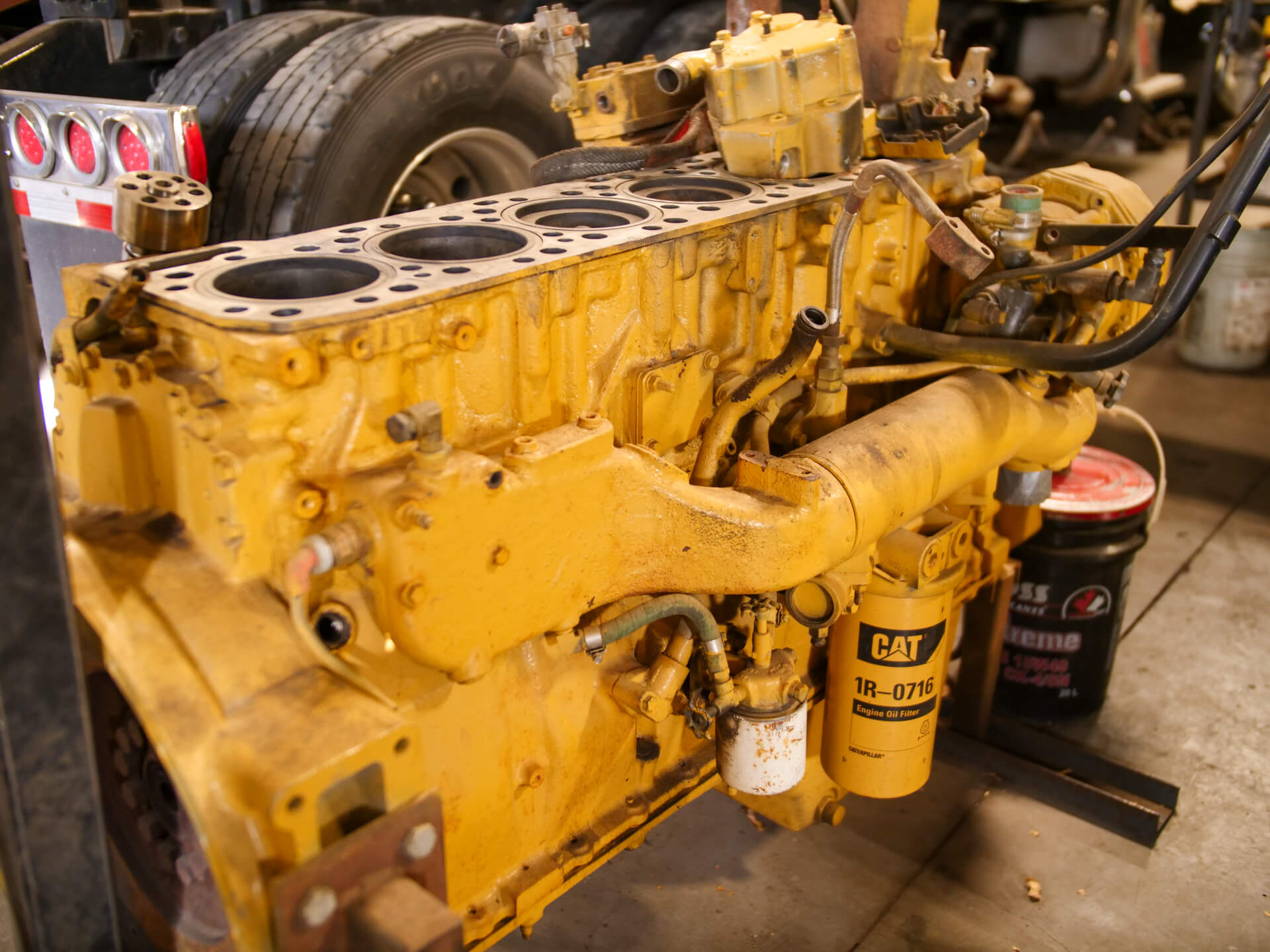 The CAT C15’s ubiquity, fuel economy, reliability and low operating costs make it the engine of choice for fleet and owner-operators all over Canada. From harvesters, pumps, paving equipment, to compressors, dredgers and power equipment, this engine is built to get the job done.

Its popularity is founded in a long history

Following a construction boom in the middle of the 20th century, Caterpillar began branching out their business in the latter half of the 20th century. They entered an expanding global market and began building truck engines for on-and-off highway applications.

In the latter half of the 20th century, Caterpillar was looking improve on the production of their 3406E. As a result, they released the C15 in 1999. The C15 was immediately popular due to its versatility, and the fact that the design improved on many components of the 3406E. Gasket upgrades, stronger seals and more reliable design made the C15 the go-to engine across disciplines. The engine remains one of the most popular diesel engines in Caterpillar’s line up.

Watch out for head gasket issues

The biggest problem with the C15 design is the head gasket. But the issue is with the engine block design itself, not the head gasket. The fire rings tend to blow out because of the way the liners and the cylinders are constructed. The liners on the C15 sit in the engine block, similar to a C13. However, the liner rests on the block, as opposed to being pressed into the block. This tends to lead to sunk liners as their protrusion shrinks over time, ultimately causing a worn engine block.

If you've noticed a drop in your engine performance, your head gasket is likely to blame. Here are some things you can watch out for:

If you've blown your head gasket, you'll likely want to replace it, and ensure that you've found where the damage is coming from.

Spacer head leaks are common and might require inspection

Are you noticing weaker than usual engine performance, little to no boost and low power? Your turbocharger could be to blame. Turbochargers are a critical component of any C-15. It’s important to make sure that they’re inspected regularly to ensure the optimal functioning of your engine. Failed bearings make the turbo rub the inside of its housing, and carbon or debris in the engine can damage its fins. Common symptoms of a damaged turbocharger include:

If you notice any of the above, you’ll want to get your C15 serviced by a professional.